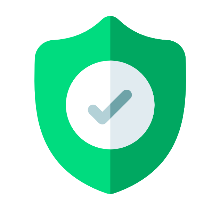 While there’s no single root cause of addiction, experts know that a combination of factors raises someone’s risk. These include access to addictive substances/behaviors, a family history of addiction, stressful or traumatic life events and psychological makeup, such as low self-esteem and personality traits like aggressiveness and impulsivity. The Prevention catalog will offer content to identify who is at most risk for addiction and how to implement age-appropriate strategies to prevent the onset of the disease.

Preventing Suicide in Youth: What Parents Need to Know

Suicide and addiction or substance abuse can go hand in hand.  From the article:

Why it’s important to talk about mental health and suicide

Suicide has been in the news with several high profile celebrity deaths. Rates of youth suicide have increased 58% since 2007 and rates of suicide among 10-14 year old girls has nearly tripled in that time. Suicide is now the second leading cause of death in the United States for kids ages 10-19.

Enter the email address that you signed up with and we will email you a password reset link.

Your account is protected with two-factor authentication. We've sent you an email with a code to enter below. Be sure to check spam filters if you have not received the email.

Your session is about to expire.